What’s On This Week: from Artists to Soldiers 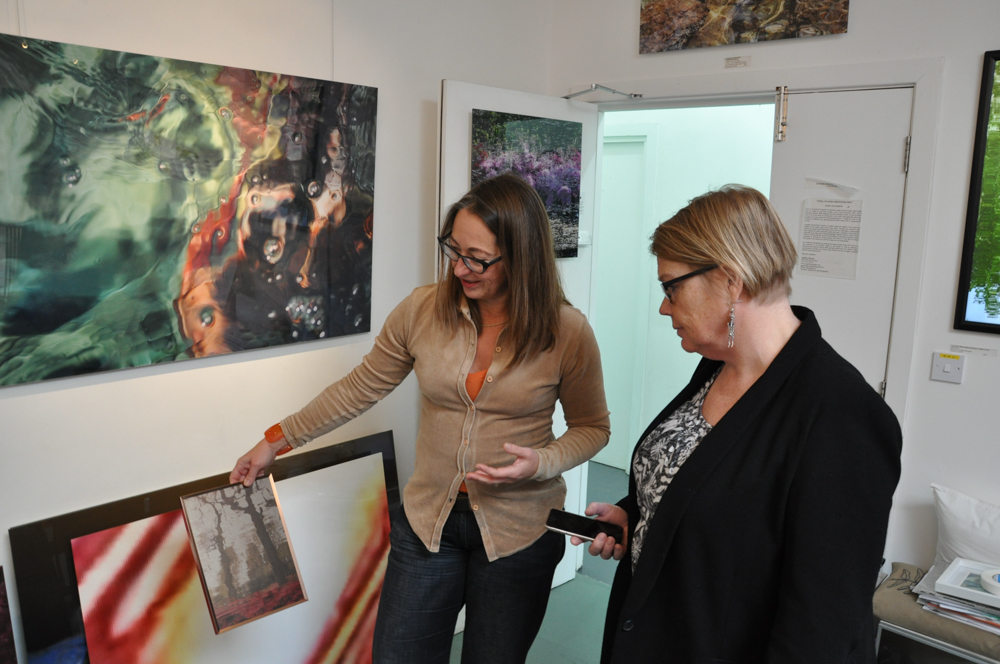 Wimbledon Art Studios throws open its doors from 2pm today for Wimbledon Art Fair. More than 150 artists are taking part in the four day event, with 5,000 visitors expected to explore the rabbit warren of corridors to view, and hopefully buy, the wonderful variety of work on display. 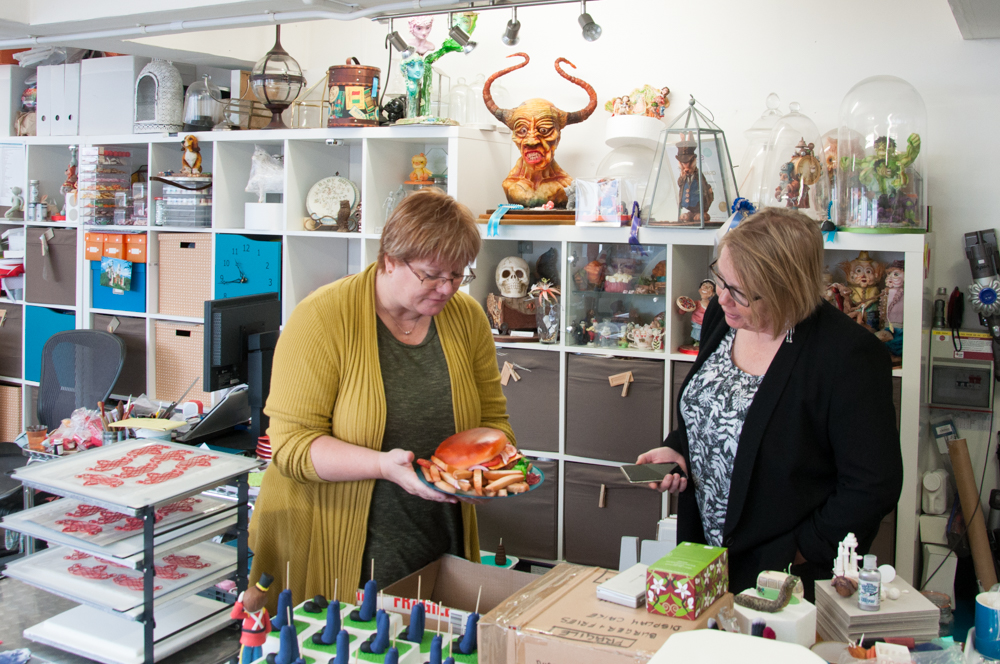 Sculptor Jacqui Kelly of Wimbledon Art Studios creates amazing lifelike works in cake, marzipan and sugar, like this burger meal. She aims to entice visitors during Wimbledon Art Fair by wafting the amazing smell of baking cakes down the corridors

This year there is a special birthday to celebrate: it’s 25 years since Wimbledon businessman Nigel Holman decided to convert a disused corner of his paper warehouse in Riverside Road into six artists’ studios. The rest is history. If you go along tonight (Thursday) at 6.30pm you can join the 25th birthday party with special guest Keith Brymer Jones, from BBC2’s Great Pottery Throw Down. Tomorrow at 7pm there is a charity auction of original art works by established and emerging Wimbledon artists, in aid of St George’s Hospital Charity. Free entry – but if you pre-book your free tickets for Art Fair, and you’ll also be entered into a £200 prize draw. Read my preview. 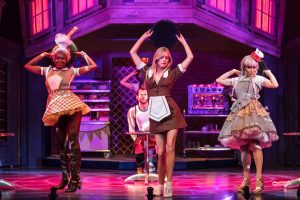 X-Factor finalist Diana Vickers (centre) adds oomph as one of the unrequited lovers in the silly, cheerful plot of Son Of A Preacher Man, at New Wimbledon Theatre this week

The only man who could ever reach me was the sweet-talking son of a preacher man, sang Dusty Springfield. You can hear this fabulous soul number and the rest of Dusty’s greatest hits in Strictly judge Craig Revel Horwood’s production of Son Of A Preacher Man, a newly written jukebox musical playing at the New Wimbledon Theatre until Saturday night. Read my review here. 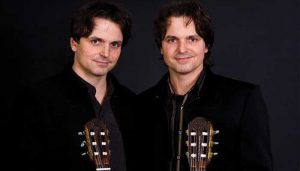 Classical and contemporary music lovers are in their element this week as Wimbledon International Music Festival offers at least one fantastic concert every day. I’d love to have recommended the family Mozart concerts on Sunday afternoon but sadly they are both fully booked, which just goes to show how popular WIMF is becoming. Book instead for the concert of thrilling Spanish guitar on Sunday night by twins Péter and Zoltán Katona, performing works by Granados, de Falla, Albéniz, Rodrigo, and two Italian composers who made their home in Madrid: Scarlatti and Boccherini. Tickets from  £18 (students £5), 7.30pm at St John’s Church, Spencer Hill.

Christmas is getting closer: the Polka Theatre opens its main winter show The Snow Queen on Friday. In this reimagining of Hans Christian Andersen’s classic winter fairy-tale, follow the journey of self-discovery by best friends Kai and Gerda as they try to save Kai from the icy spell of the Snow Queen’s kiss. Can Gerda melt his heart before he forgets her forever? Until February, suitable for ages 5-11.

On a thoughtful note, it remains the season of remembrance and on Tuesday 21 November heritage officer Sarah Gould gives a talk called The Human Face of War, about the lives of Merton residents who fought in the Great War. Part of Merton Council’s annual remembrance programme. 10.30am – 12 noon at West Barnes Library in Motspur Park. Free.

Have a great week, and don’t forget to keep an eye on Twitter for news of more arts and culture events.