What’s On This Week: From Al To Asgard 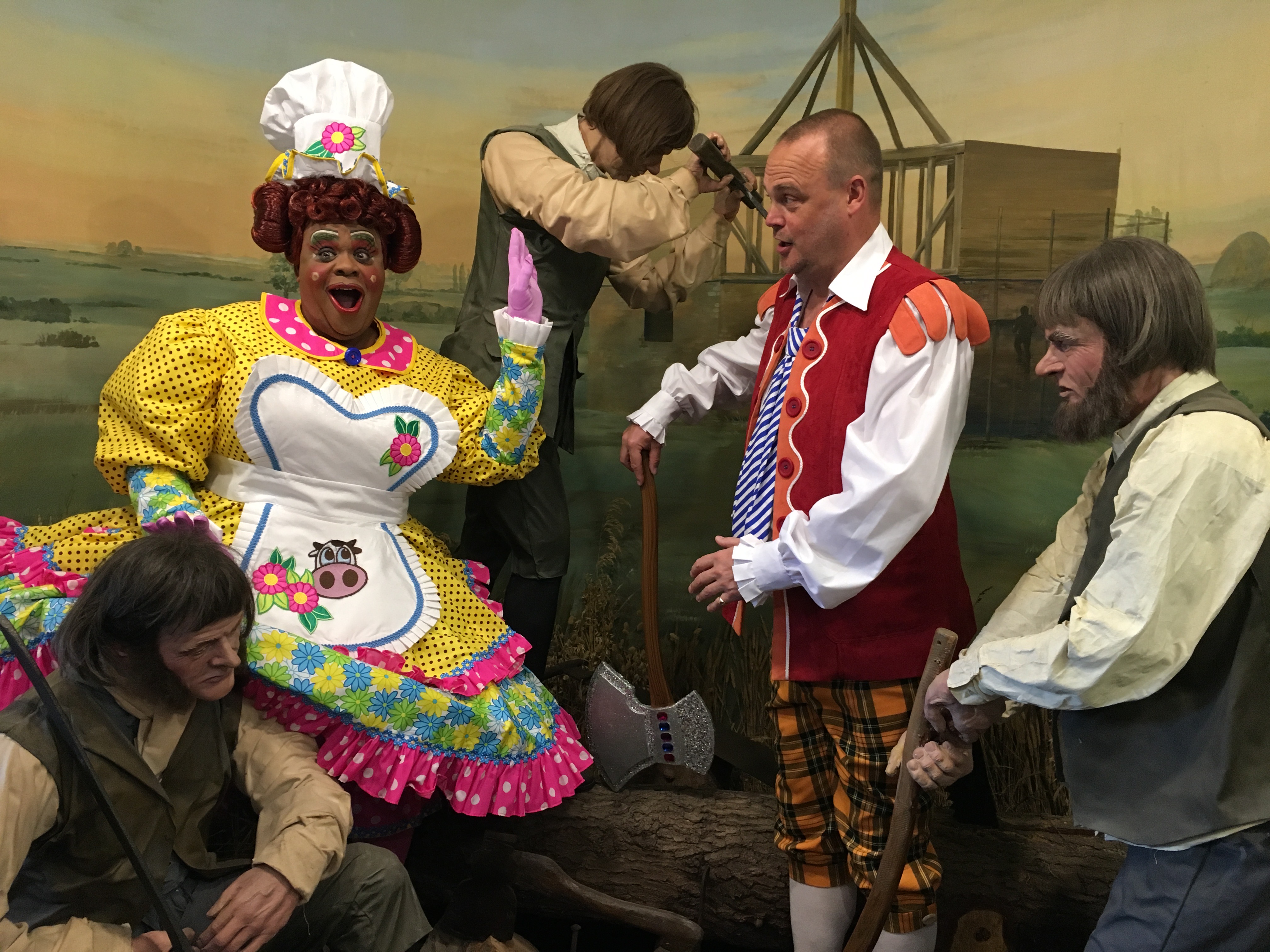 This is the week the two big Christmas shows open locally, after The Snow Queen began at the Polka Theatre last week. Jack and the Beanstalk at the New Wimbledon Theatre has a different production company in charge this year, Qdos, which will bring an interesting change of style. The cast includes newcomer Al ‘The Pub Landlord’ Murray as the comic lead, and “the most giftedly deranged dame in business” Clive Rowe, poached from the Hackney Empire. I interviewed Clive and you can read why there is nothin’ like a dame here .

Meanwhile over in Kingston, the Rose Theatre gives Alice a kick-ass, girlpower reboot, with Alice rescuing Wonderland from the grip of eternal winter caused by the selfish Red Queen. Alice in Winterland climaxes in a battle between the forces of Alice and the Mad Hatter, and the Queen of Hearts’s card army. Lewis Carroll didn’t mention Alice duelling with a broadsword, but it sounds exciting. I had a chat with the Hatter and the Queen last week: read my preview here. Reviews of both these shows will follow, after next week’s press nights. Meanwhile if you’re heading into town, the Culture Vulture hears good things about A Christmas Carol at the Old Vic, with Rhys Ifans as Scrooge. 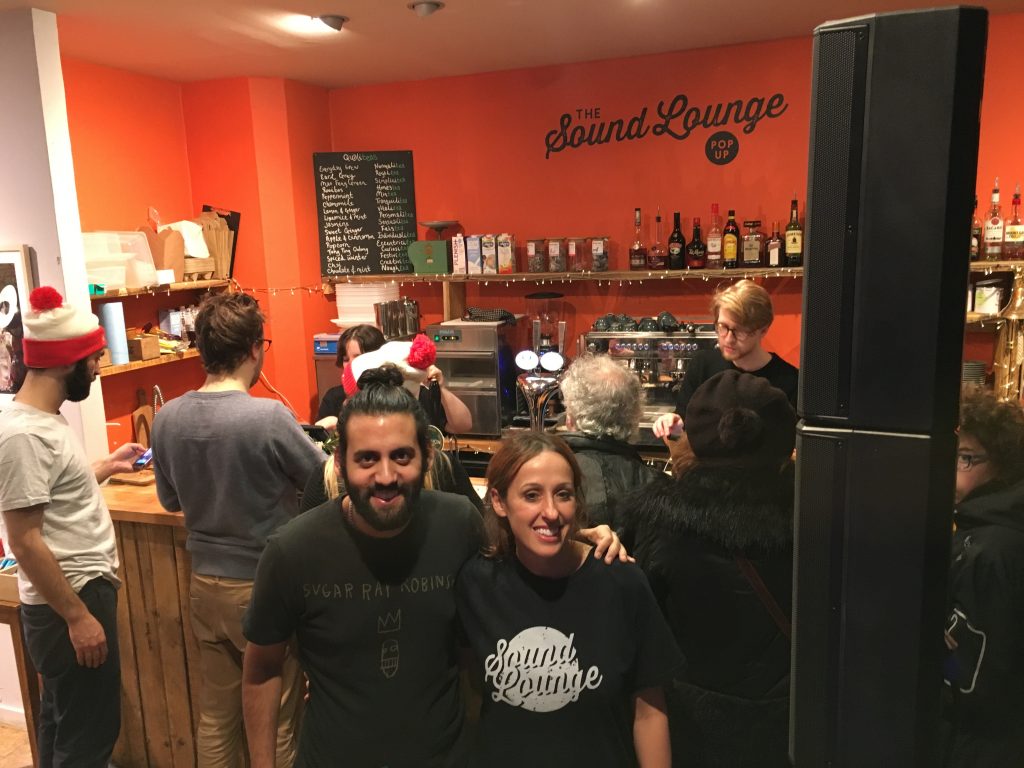 Quick work: Keiron Marshall and Hannah White got the keys on Monday and held opening night for their new venue on Friday. See if you can spot Matt and Will from Bobblehat at the bar

Live music venue the Sound Lounge held a packed opening night in the old Fatface shop in Wimbledon last week, with sets from Desmond Dekker’s original bass player, local Americana artist Dick Philpott and of course co-proprietor Hannah White. The tiny stage in the shop window will be in use again this Friday, December 8, for a unique LGBTQ music night with mainly female artists called the Urge to Merge. Next Wednesday, December 14, acclaimed Fringe comedy duo Goodbear will be performing at the Sound Lounge at 7pm as part of the unique Live Advent Calendar being pioneered in Wimbledon. More details on the Bobblehat website, and do read my interview with Sound Lounge’s Keiron Marshall and Hannah White.

If you can’t wait for Star Wars to open in cinemas next week, try another stonking space opera, that takes itself less seriously – Thor: Ragnarok. Hilarious. The bloke next to us was on his third viewing. 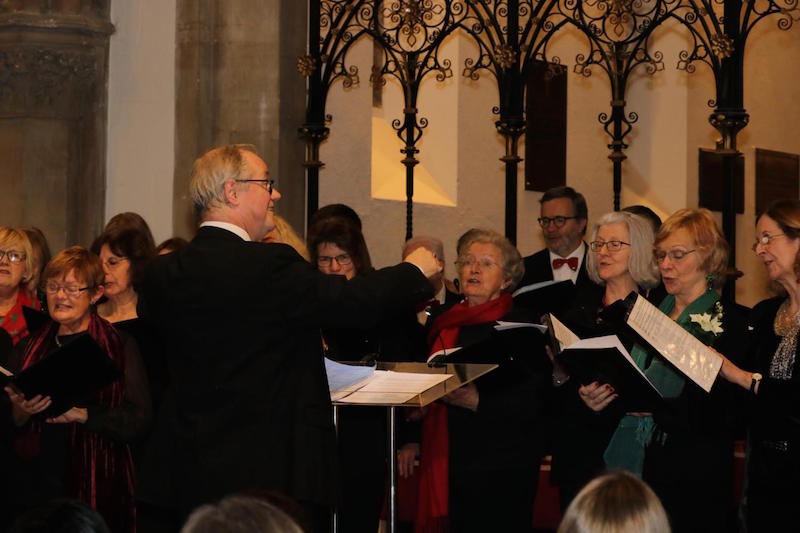 For a heartwarming evening of traditional carols, readings and performances with mince pies and mulled wine, head to Holy Trinity Church, Putney tonight (Thursday) for the Royal Hospital for Neuro-Disability Annual Concert. Carols will be sung by the highly acclaimed London Chorus, London Harmonics and Putney High School’s junior choir. All money raised will be used to support the RHN’s music therapy service.

The Young Wimbledon Artists’ Christmas Show opens at the Norman Plastow Gallery on Lingfield Road on Dec 8, and runs Saturdays and Sundays 2.30-5pm until Dec 31. Free.

Santa’s Mixed Up Martian is a festive play for pre-school kids; it opens on December 12 at Time&Leisure Studio, New Wimbledon Theatre, and runs up to four times daily till Christmas Eve

You can find many more suggestions for Christmassy things to do on my Twelve Days of Christmas blog post. If you enjoyed last weekend’s Winter Wonderland in Wimbledon, enjoy my picture gallery here – you can send us some of your own and we’ll add them to the gallery.

Have a great week, and keep an eye on Twitter for more upcoming events.