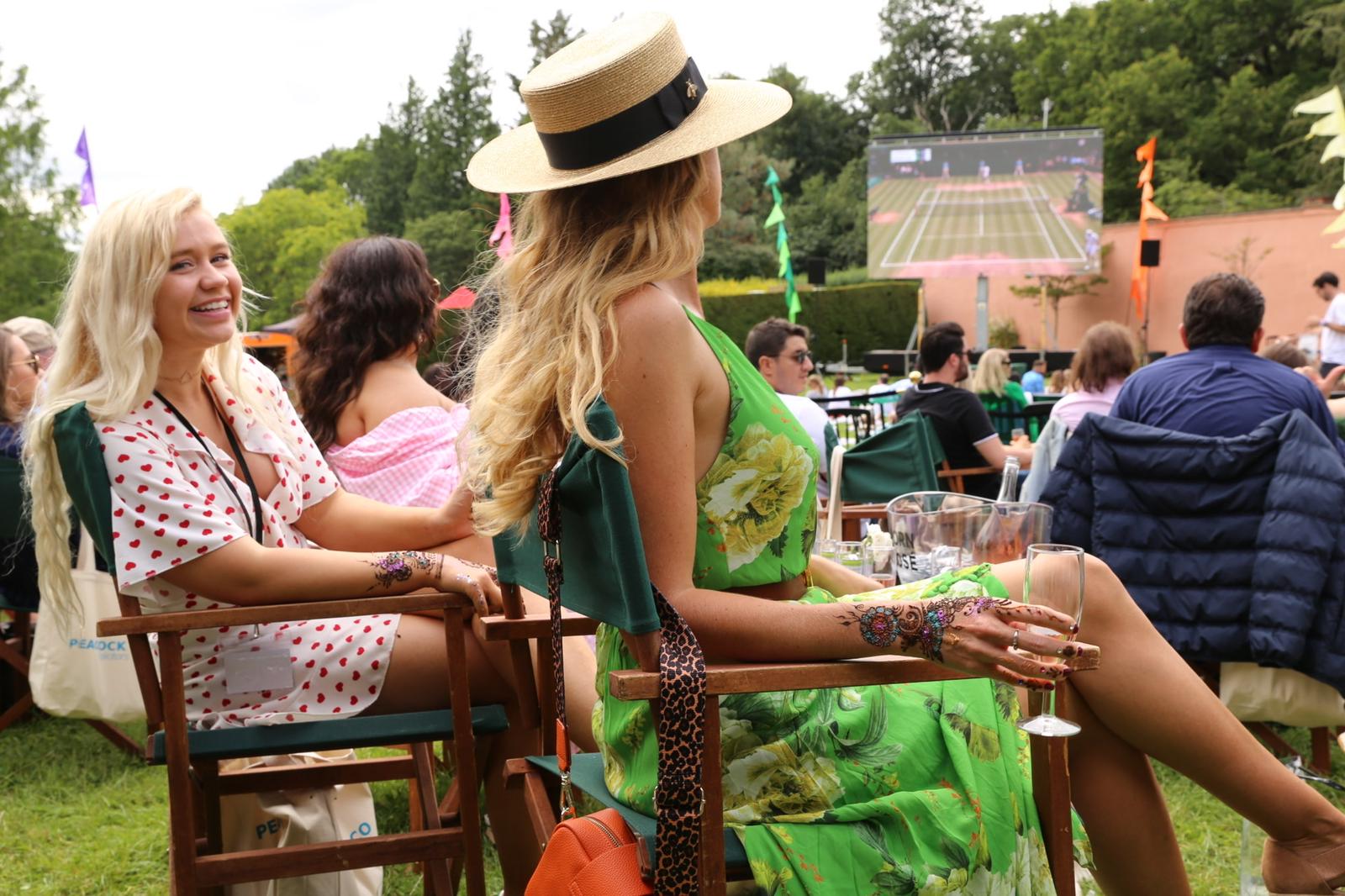 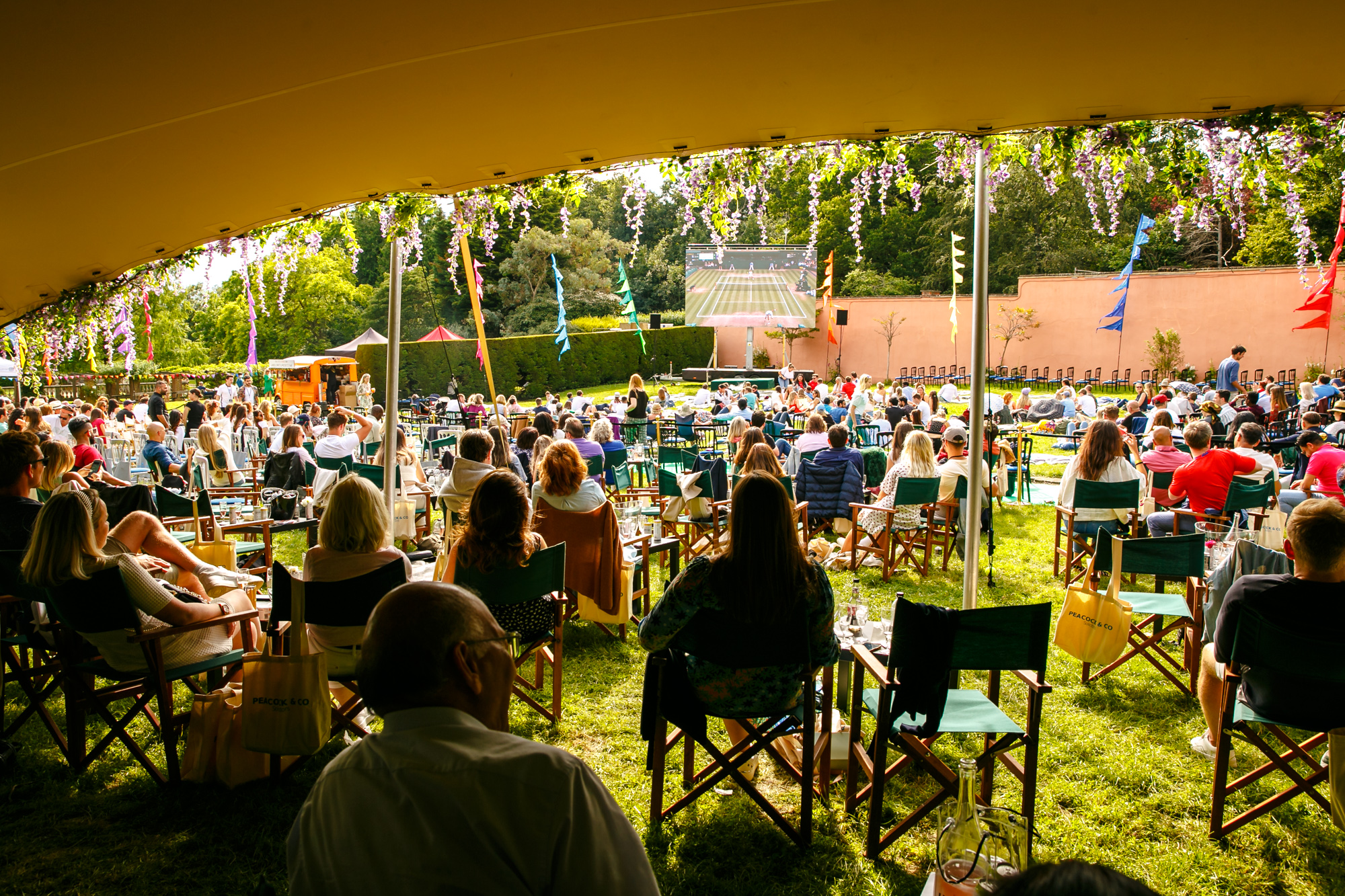 Guests entered a magical hidden world in the depths of Cannizaro Park as sky-high flags welcomed them to the event. Live music filled the park that brought a festival feel to Wimbledon. 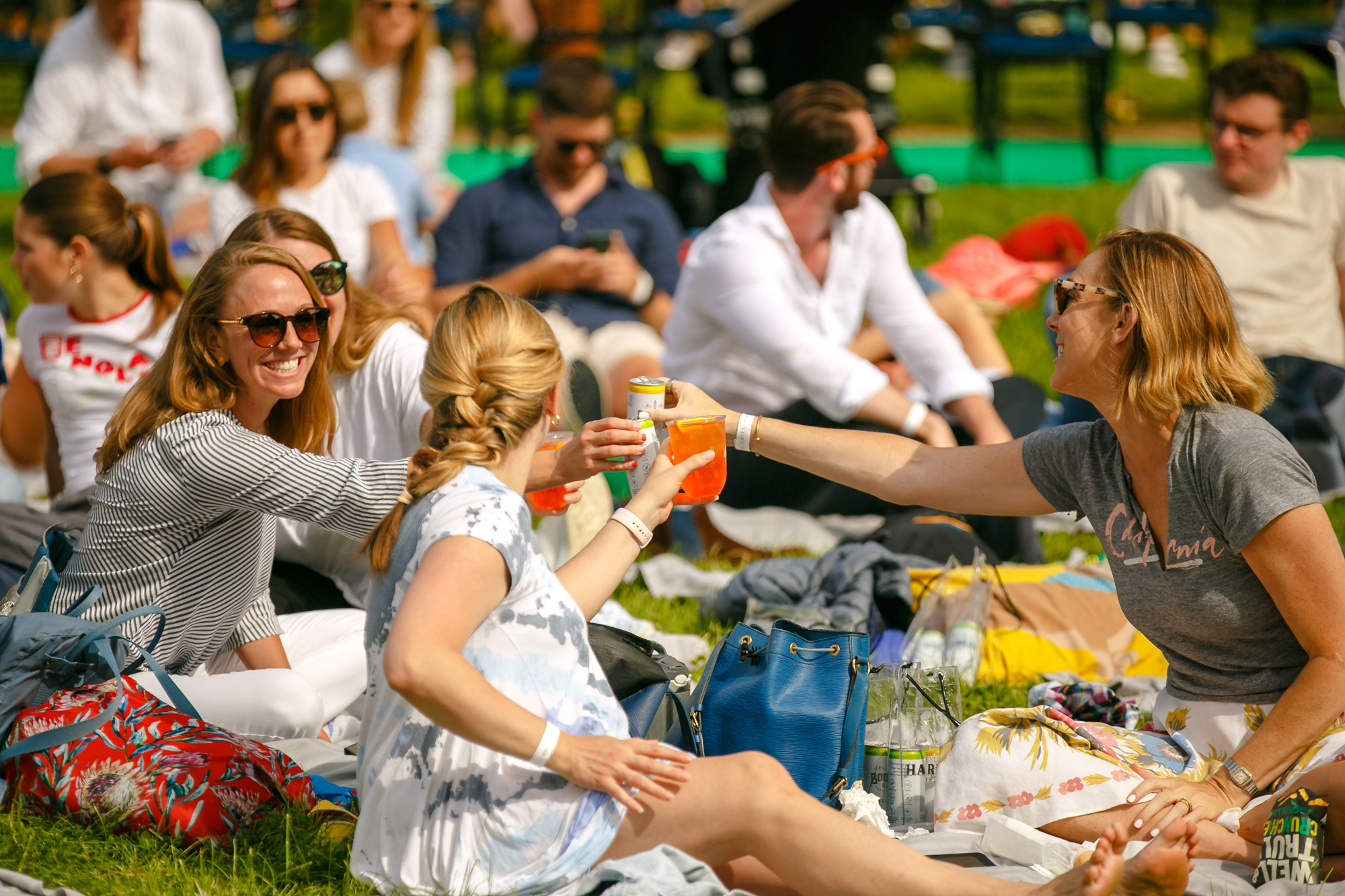 The sun came out mid-afternoon as guests sprawled out on the grass with picnic blankets and parasols to enjoy their drinks under the London sun. 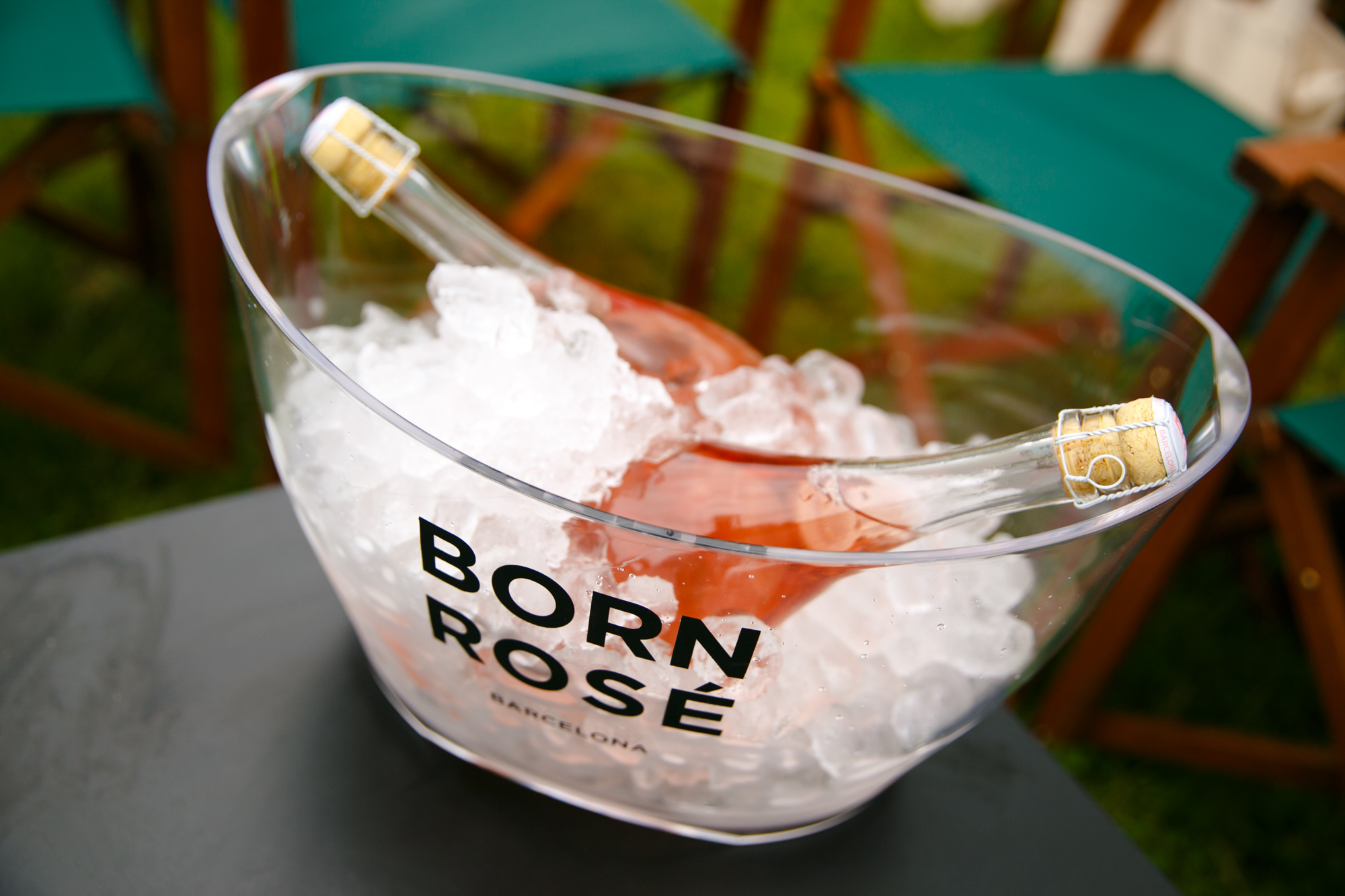 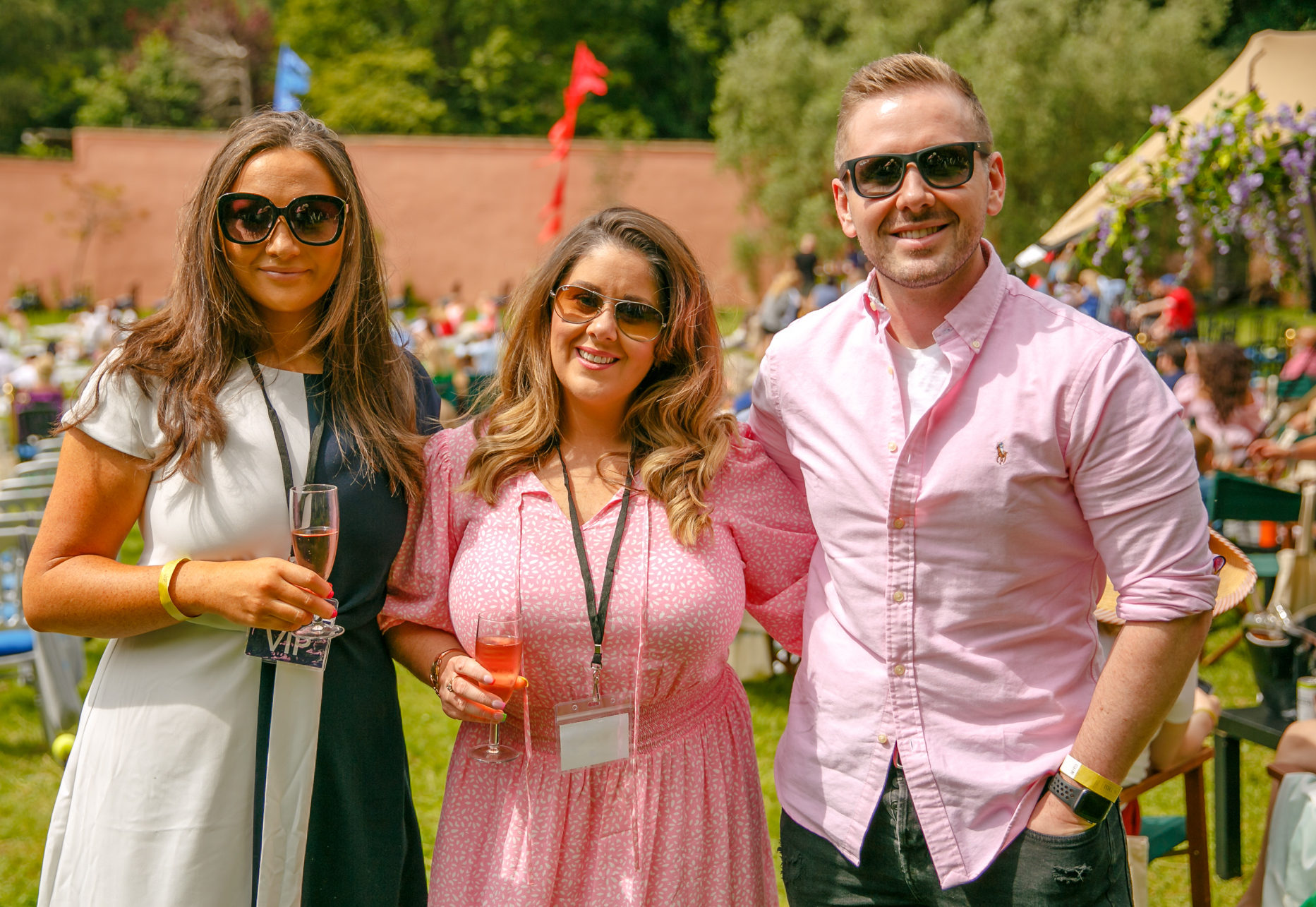 Tables and deckchairs were laid out for the VIP guests who enjoyed their Borne Rose under the shade. 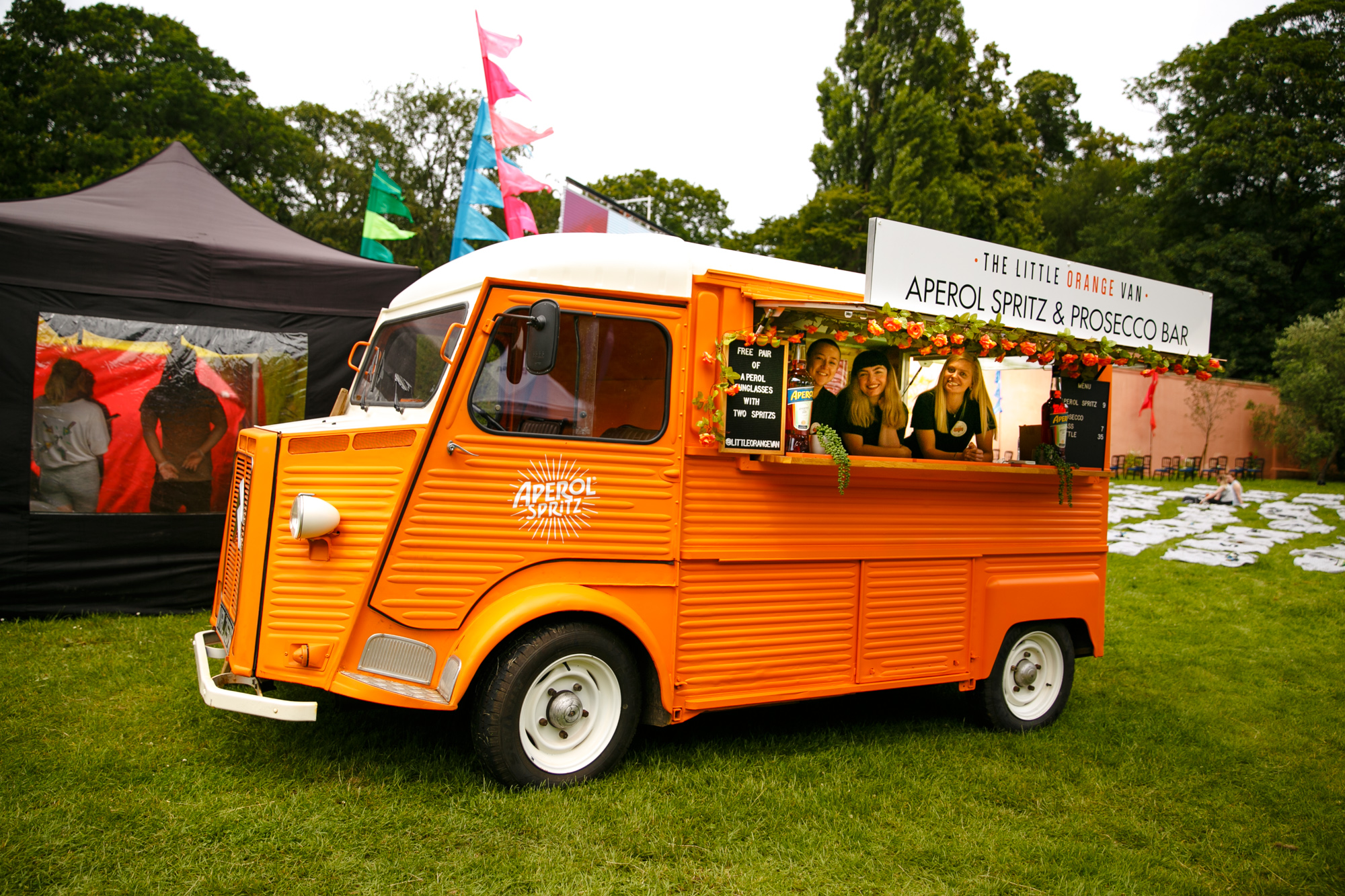 The star of the event was The Little Orange Van, whose Aperol Spritzes quickly became a guest favourite to help endure the heat. 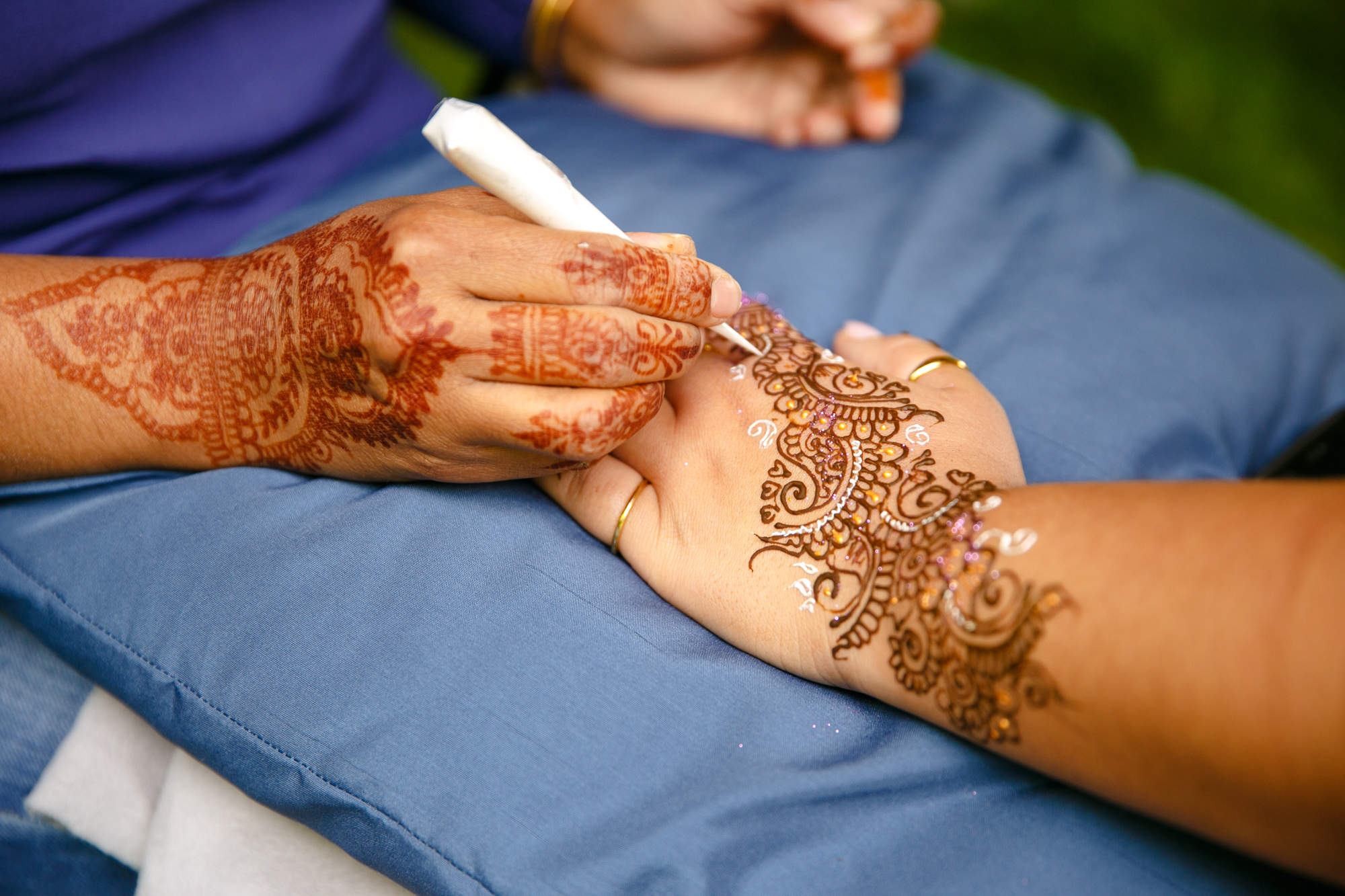 Halimah of Hbeauty created a delicate yet dramatic Henna design on Lady Wimbledon’s hand. This pattern of the wrist to finger elongates the hands giving it a graceful touch! Glitter/sparkle stones add to the fun and festivities of the day! The Hbeauty team is available for children/adult parties, hen parties, themed nights, weddings, and corporate events. 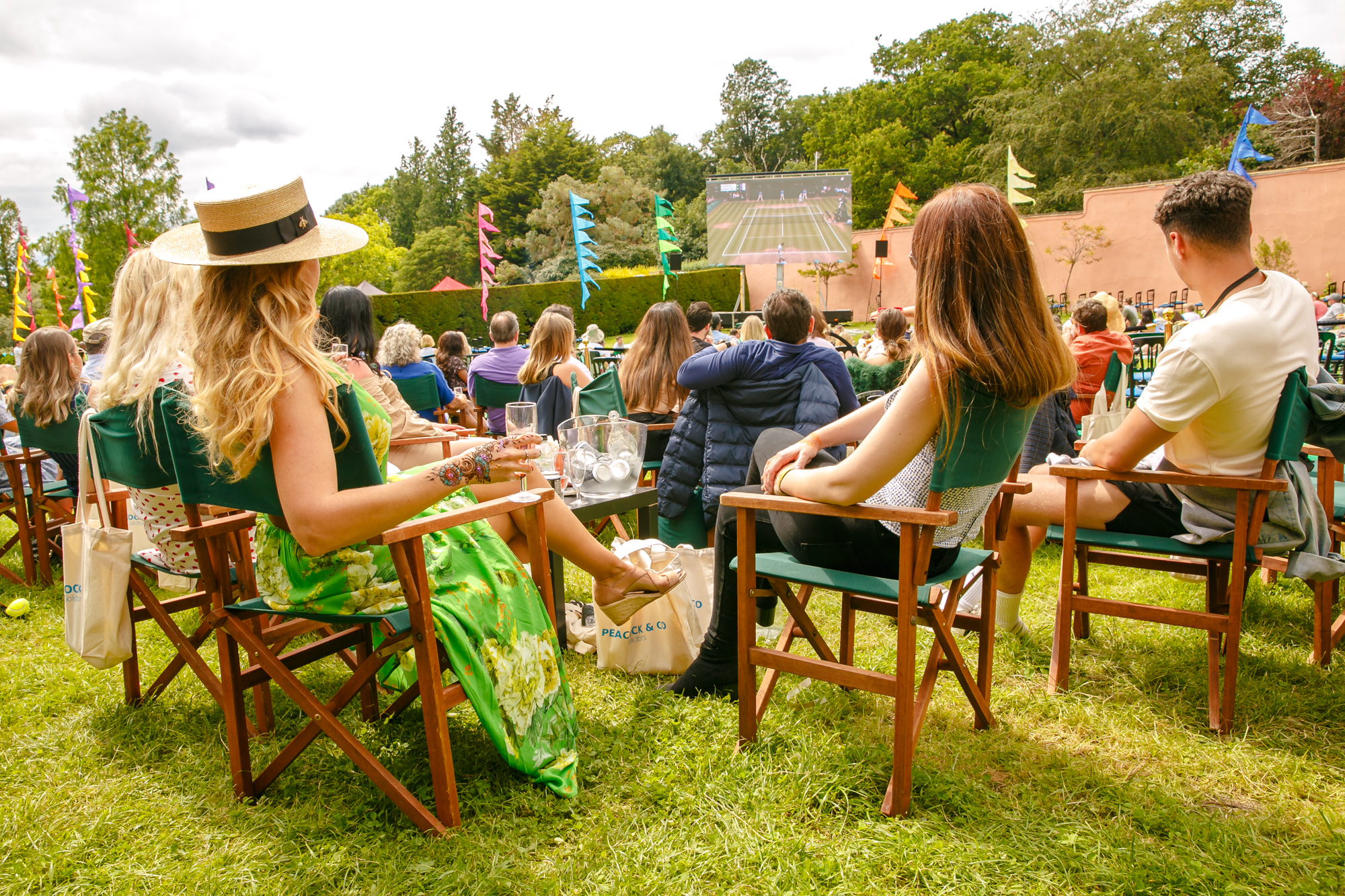 There is no better place to watch the Wimbledon Championship than Wimbledon itself. We are so excited for next years championship, will Big Screen be the new annual addition to the Wimbledon fortnight? Stay tuned to Lady Wimbledon to find out more!

Check out @LadyWimbledon’s Instagram stories for more behind the scenes action at Wimbledon’s most exciting new festival!